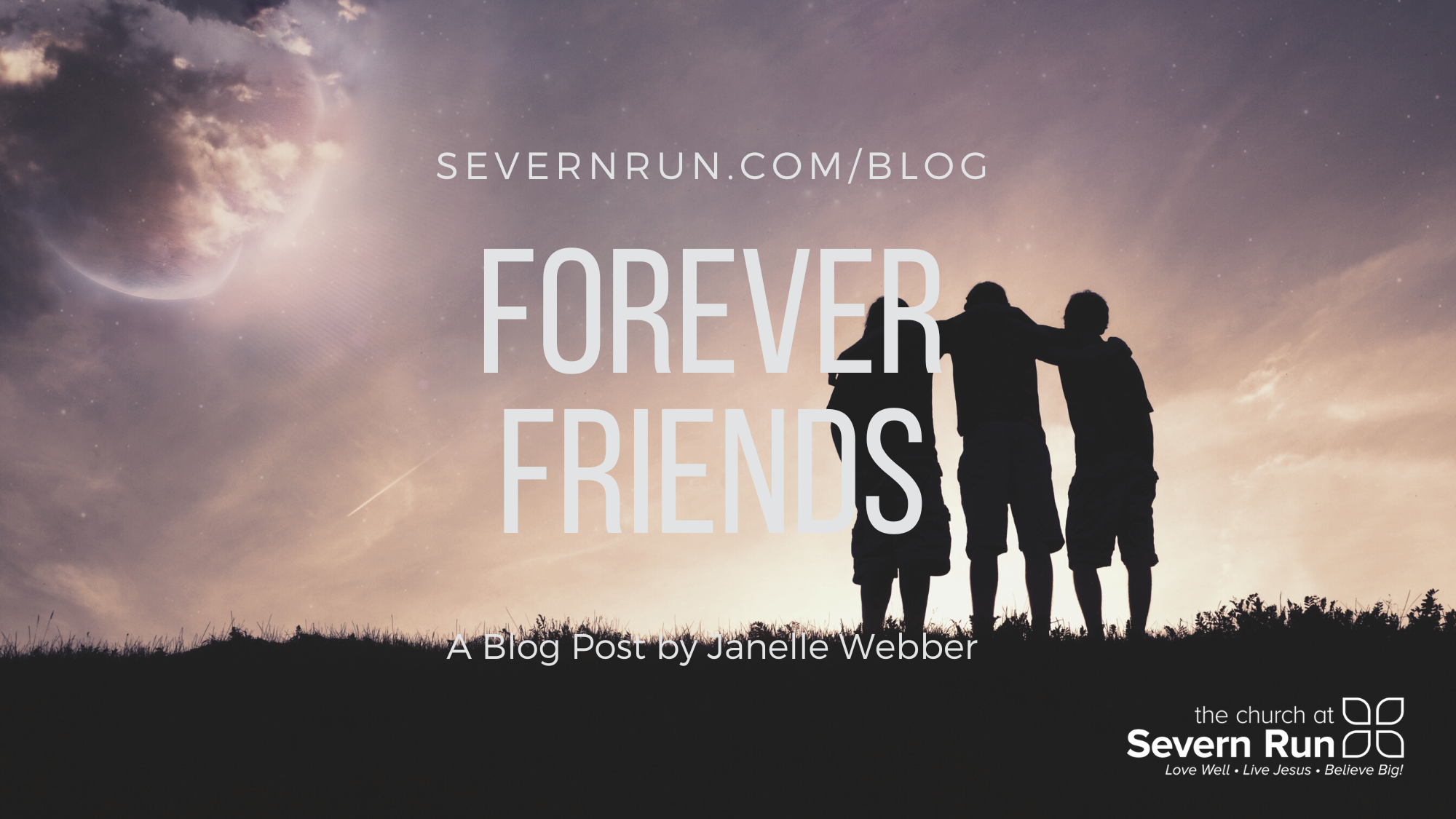 I have two very distinct memories of early childhood friendships. One memory goes back to kindergarten and other memory is from first grade.

As is often the case, schools have a kindergarten graduation ceremony at the end of each school year. My small school in Pillager, a tiny town located in central Minnesota, was no different. We all wore caps and gowns like the “big kids”. Parents all gathered and proudly watched as their children graduated.

I remember at my graduation being seated at the front of the auditorium in two rows of small chairs with all my classmates. Sitting next to me was the new girl, Anne*. She had come to Pillager only a few weeks before graduation. I had no idea from where she moved and didn’t particularly care. What I did know was as she sat next to me, she again and again unintentionally knocked my hat askew. Straightening my hat yet again, I felt annoyed. Not only could she not sit still, I didn’t understand how she could be graduating anyway. After all, she’d only been coming to kindergarten a few short weeks and I had attended the entire year!

Today, that new girl is one of my longest and dearest friends. I treasure her friendship and grateful that we have been best friends for many years.

The following year another new girl moved to Pillager. As a spoiled first grader, I was very much all about me! This new girl’s name was Elaine* and we happened to be reading a poem that day entitled “Elaine on a Hilltop”. Not only did she get to read the poem, she got to be first in line to lunch because of her name. To this day, I can see her strutting to the front of the room to lead the line as I watched in envy.

I was not only annoyed, I’d quickly determined that it just wasn’t fair. Why should Elaine get to be first in line just because of her name? I was quite certain there were no poems with my name in them and I would not get a turn at being first in line.

Elaine eventually also became on of my longest and most treasured friends. Again, I am very grateful for her friendship for these many years.

These are funny and enjoyable childhood friendship memories. And although both these ladies are now treasured friends, these relationships only pale in comparison to the one friendship I have that is forever. It is  unfailing and eternal. This is the friendship I have found in Jesus Christ.

In John 15:15, we read the words of Jesus where He says, “I no longer call you servants, because a servant does not know his master’s business. Instead, I have called you friends, for everything that I learned from my Father I have made known to you.”

Did you catch that? Jesus said, “I have called you friends”!!

Often Christianity is referred to as a religion and yes, it is but it’s so much more. It’s not just a belief system and list of rules to follow, it’s a friendship and a relationship with our Lord and Savior Jesus Christ.

What then does that mean for us?

It means Jesus invites us all to be His forever friend. This is the essence of salvation. Jesus came as a baby for this purpose – to be a friend unlike any other. He grew to be a man and at the age of 33 He was crucified and died a horrible death on a cross. Three days later He was raised from the dead for us, all because He loved us. This is confirmed throughout the Bible. For example, we are told in Romans 5:8, “But God demonstrates His own love for us in this: While we were still sinners, Christ died for us.”

For as much as we love and value our friend and family, often they will fail us in some way or another. Maybe it will be unintentional or maybe not. At times they will have advantages that just seem unfair. Jesus, however will never fail us, His promises are eternal.

If you want to know more about becoming a forever friend with Jesus contact the Church at Severn Run. You can do so by sending a text to 410-936-4252 or by clicking here to get in touch with the church staff.