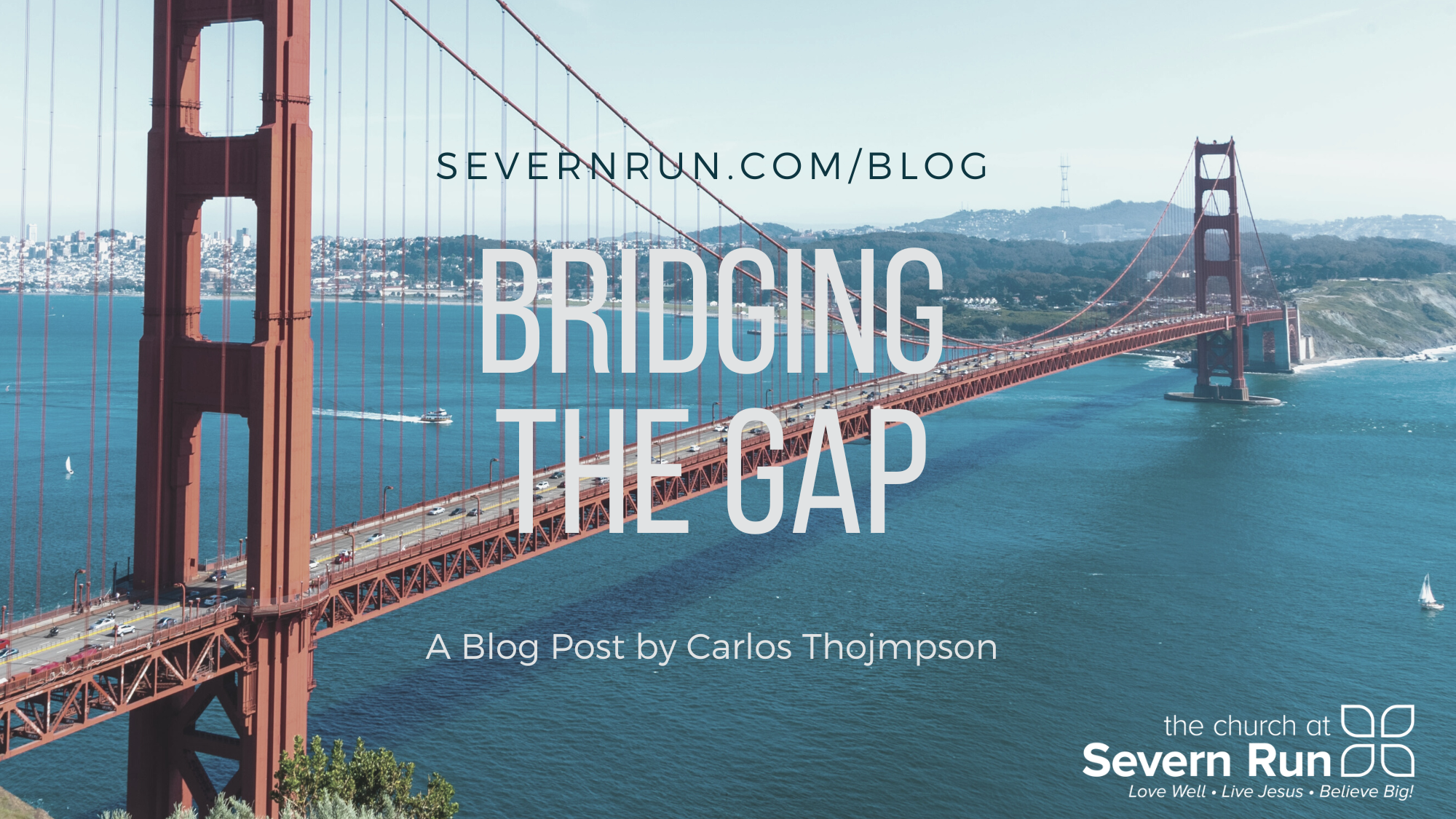 When Adam bit into that fruit in the garden of Eden, it created a chasm between man and God. Sin was allowed to enter into the world effectively separating creation from the Creator. As sin entered the world, so did death. That must have been some fruit. Although we may fault Adam for his choice, who is to say we would have done differently?

God could have started over, but He didn’t. He had a plan. He knew when He created man that this would happen. He knew. He saw Adam was lonely and provided a companion. God knew.

As sin entered the world and brought death with it, God sent His son Jesus to bridge the gap between man and God so that we could once again have a relationship with God.

Throughout the Bible we see examples of how God worked to bridge gaps for His people.

There are many more examples in the Bible where God is constantly bridging the gap between Himself and His people. What an amazing thought that He is constantly reaching out to us to have a relationship with us.

“I no longer call you servants, because a servant does not know his master’s business. Instead, I have called you friends, for everything that I learned from my Father I have made known to you.”

Jesus elevates us beyond the level of mere servants who exist to fulfill His commands, to a friend, who is on the same level as He is and can have a conversation with Him directly, as many of us do with our friends on earth.

As a young man, I gave my life to Christ when I was around 12 years old. By age 14, I was thinking of going into ministry, however I was faced with a lot of opposition and I took my eyes of Jesus. I complained to anyone and everyone about what I was going through but the only one who had the power to bridge the gap I did not bring my issue to.

Eventually I walked away from my call, spent 16 years in the wilderness so to speak, until God called again and bridged the gap between us.

As a believer in 2022, what are some of the ways in which you think God is working on bridging the gaps in your life?

My prayer is that God will fill the gaps in our lives with His love and prepare us for the assignments which He has set for us.

If you have not chosen Christ to be your Lord and Savior, I encourage you to pray the following:

Lord Jesus, I am a sinner. I believe You died for my sins and I ask for your forgiveness. I receive You as my eternal Lord and Savior. Thank You for saving me. Amen.”

Once you have said that prayer, the Bible tells us that angels in heaven rejoice over one sinner that repents:

“I tell you that in the same way there will be more rejoicing in heaven over one sinner who repents than over ninety-nine righteous persons who do not need to repent.” Luke 15:7

Let us know about your decision, contact us at the Church at Severn Run: https://severnrun.com/next-steps/.