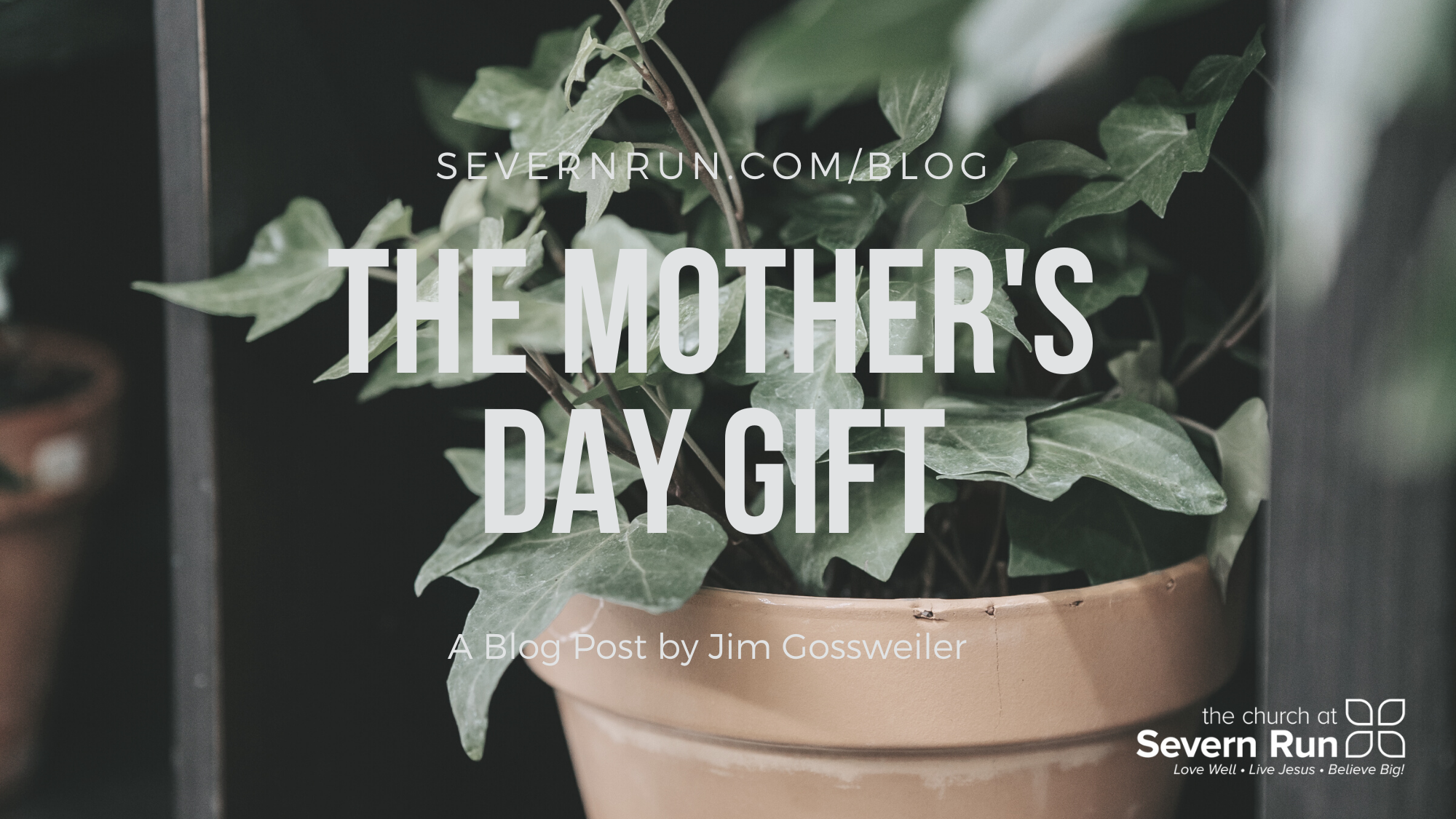 “Well, that’s the dumbest, cheapest Mother’s Day present I think I ever saw!” My older brother was forever seeking ways to demean and humiliate me.

My other siblings heard what he said and nodded in agreement, “If Daddy was still alive, he’d also be wondering what goes on in your head!” This Mother’s Day get together at my mother’s house in Odenton, Maryland was taking a decided turn for the worse for me.

My older brother got our mother a beautiful, early- Spring cardigan sweater with custom stitching, pearl buttons, and a collar with a sewn flower-patterned material. Admittedly, it was beautiful. My older sister got our mother a silver necklace with a row of little silver rabbits, each holding a different colored semi-precious stone in its paws. It was delightfully charming. My younger sister got our mother a hand-blown glass vase featuring a Spring garden in full bloom. It too, was magnificent.

This was going to be a long Mother’s Day event for me. I was going to have to sit through an hour at the dinner table listening to derisive commentary about Mother’s Day gift, a small, clay pot with a red checkered bow containing a little ivy plant. I guess out of pity, my mother placed the potted ivy gift in the center of the dining room table when we gathered to eat. My brother and sisters gleefully denigrated me and my ivy plant gift. The taunting got so bad that even my mother was laughing along with the insults and jokes my siblings were launching at me.

My mother was 65-years old. Her childhood was spent as an Army “brat” moving from base to base across the country, gaining and losing friends right and left. It was difficult for her to call any place “home” and this caused her great sadness at times.

Many years earlier before this Mother’s Day event, I had asked her, “Where was your very favorite place to live as a kid…the place that was most like ‘home’ for you?”

She confided in me there and then a great personal feeling and truth. “When I was a little girl about 8 or so, your grandparents (my parents) were stationed at Ft. Sill near Lawton, Oklahoma. Because your grandparents were married and both enlisted, the Army stationed them together there at Fort Sill. They had a military allowance for housing and so rented a teeny tract house on NW Cheyenne Avenue…a postage stamp with a roof Daddy called it. But was home. Our home. My home.”

I wanted to hear more. Sometimes it’s wonderful talking with a parent, learning about them, and gaining an enriched understanding of who they are and how they came to be. We live our entire lives seeing our parents as “mom” and “dad” but don’t spend much time seeing them as “people.”

As if in sort of a memory trance, Mom continued. “I had a friend named Sally in Lawton…Sally Trehorne. I used to tease her by calling her ‘Tree Horn.’ We’d play doll house and tea party in our yard and walk her dog together…it was a mutt she called ‘Mutton Head.’ Sally was my best friend ever. I wonder what happened to her. I cried for weeks when the Army re-located us to Fort Houston in Texas. But that was forever ago…only an old lady’s memory now.”

I decided to be the last one to leave the Mother’s Day get-together.

After my brother and sisters had left and I was preparing to leave, my mother said graciously, “Thank you for the ivy plant…I appreciate the thought.” She stood in the front doorway with the small ivy pot in her hand.

I responded, “It’s not a thought…I got you a memory for Mother’s Day.”

“Two weeks ago, I located your childhood friend ‘Sally Trehorne’ in Lawton. She’s now a married Sally Norton. I asked her to go to the house where you lived as a little girl on NW Cheyenne Avenue in Lawton and pick some ivy from the front yard. She mailed it to me. I planted it in that pot. The ‘little ivy plant’ gift in your hand is from the only place you called home as a little girl in Oklahoma.”

After hearing this, my mother stood in the doorway staring at the little plant, not making a sound. Her eyes welled up and her hands trembled. Childhood memories flooded over her.

The best way to show someone you love them is to simply get to know them and then share what you’ve learned about them. Truly, the best gift is the one that shows you’ve thought deeply about the person.

Whenever I read John 14:27, I note that of all the things Jesus could have left humankind, He chose “peace,” a peace that passes human understanding and that guards our hearts and minds in Jesus Christ (cf. Philippians 4:7).

“Peace I leave with you; My peace I give to you; not as the world gives do I give to you. Do not let your heart be troubled, nor let it be fearful” (John 14:27 LSB).

Think about it. Where would your “ivy plant” be from?